Wandering in the Dolomites: A complete guide to exploring the Parco Naturale dell’Adamello Brenta

This was not the original plan

As for many of you this was not the original plan! For 2020 we had different travel plans, as you may have already read in my previous post. It has been a tough year for everyone and giving up completely on travel was never our intention. We live on a tiny overcrowded island where in summer we get temperatures as high as 40 degrees Celsius. This year we started going to the beach in April and by July we were already fed up of beaches. Our weekends became boring, as we often stayed indoors all day as the beaches were too crowded. It was actually becoming a nightmare!

As soon as the airport opened on the 1st of July, I started making some research and evaluating the options we had. Back than, we only had a few new cases of COVID-19 every day and nobody was considering Maltese travellers as a threat. I still hoped to stick to my original plan to visit Georgia. I made my research and planned the itinerary, found accommodation and flights. Everything was ready for when Georgia decided to open their borders! But guess what? They only opened tourism for those arriving from a handful of countries (I guess they selected the countries from which they usually get most tourists from) and obviously Malta was not among them.

This is not the time to go off the beaten track and away from your ‘comfort zone’. Travelling is already risky due to the ever changing restrictions; so this time we opted for a ‘safe’ destination. We went to the country where we feel most safe; Italy.

A complete guide to the Dolomites 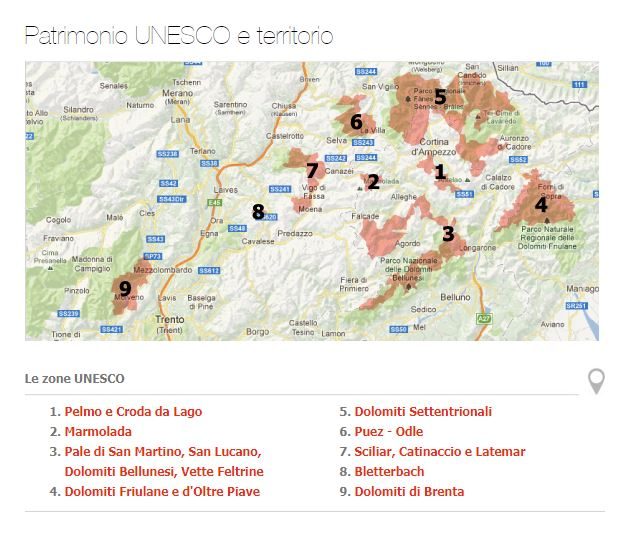 Here are some basic facts on the Dolomites:

This was the first part of our trip and we spent a total of 3 nights to explore the Parco Naturale dell’Adamello Brenta and its surroundings. We landed in Milan, so this is the closest area of the Dolomites to the airport. Having said this, it is still a long drive that takes around 3 hours and we were unlucky enough to have our flight delayed and find a huge accident along the way so the trip got longer. Yet, looking at the bright side we were left speechless by the beautiful landscapes on our first morning here!

If you follow my blog you know I only reserve mentions of accommodations to special places and this was one of them. I had been Agriturismo Baite di Pra for some time and we decided our trip dates according to the availability of this place. Was it worth it? Hell yes! Here is why in a nutshell: 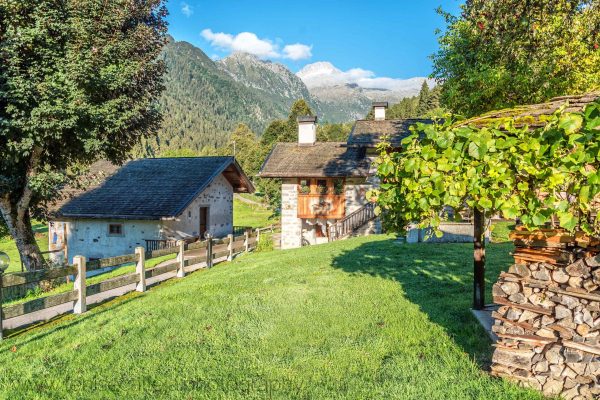 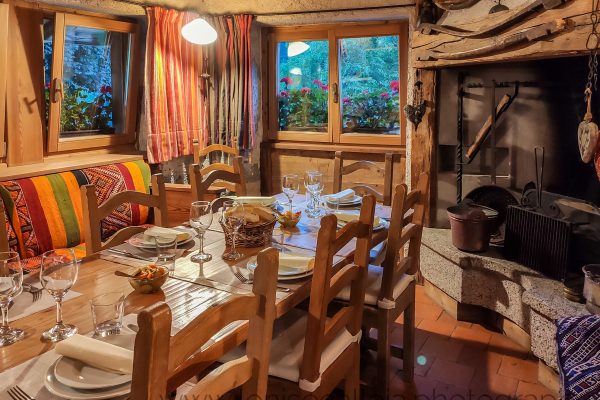 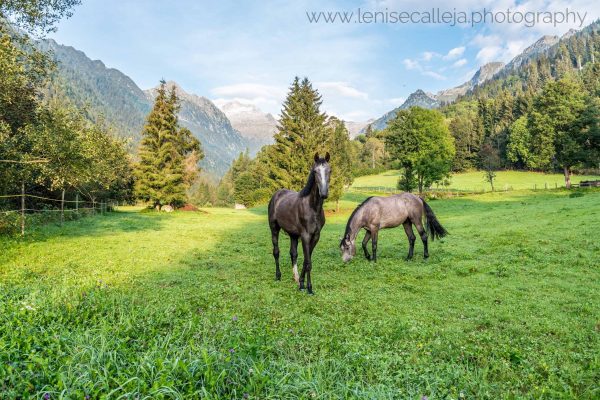 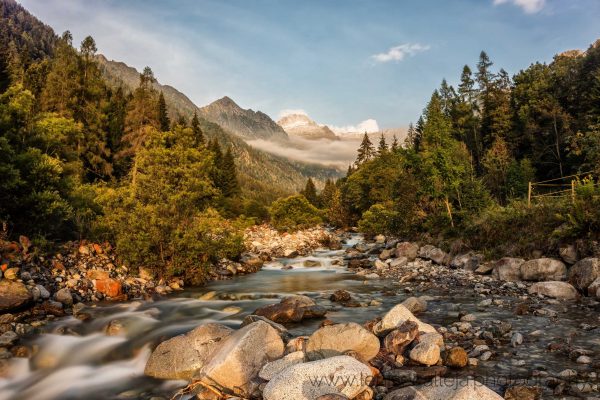 Things to do in the Adamello Brenta Natural Park 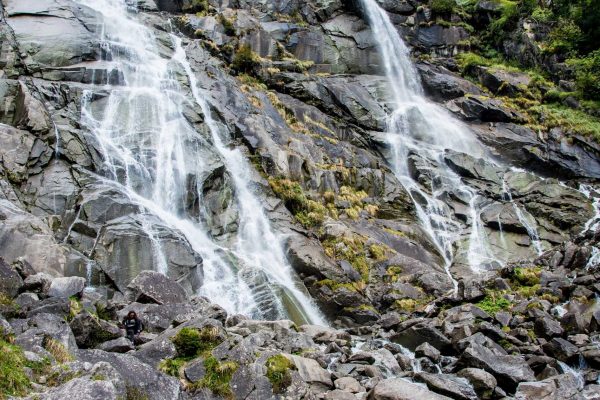 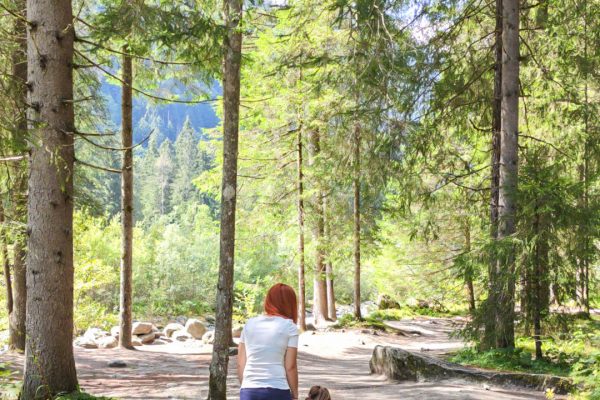 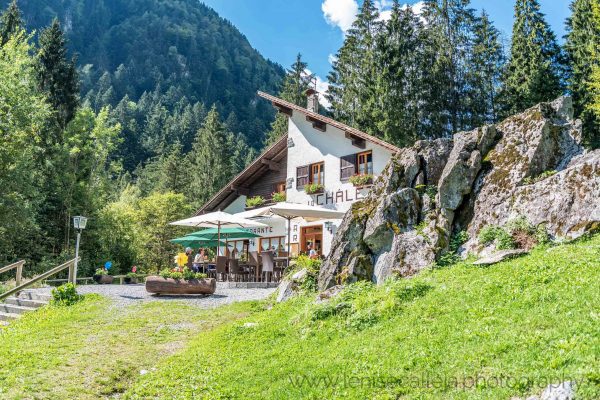 This beautiful valley is full of photogenic spots like numerous waterfalls and mountain refuges, where you can take a break along the Sarca river. This valley forms part of a protected area and driving your car involves paying a fee depending on how far you wish to go in the valley. However there is another option which is even more fun! You can rent a bike from Pinzolo and cycle along this valley. The elevation change is not so drastic and is 18km long. You will surely be rewarded with spectacular views, which you won’t be able to appreciate enough from a car.

Take a coffee break in Madonna di Campiglio or Pinzolo 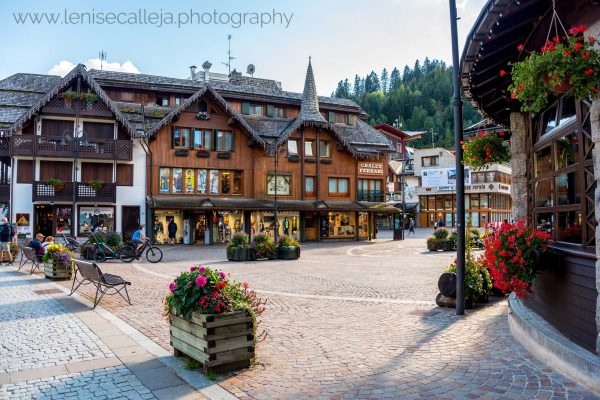 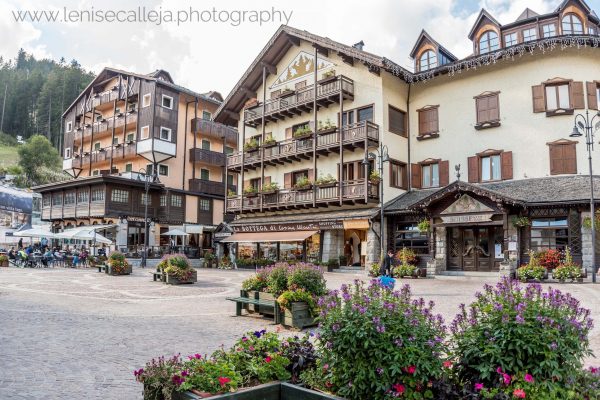 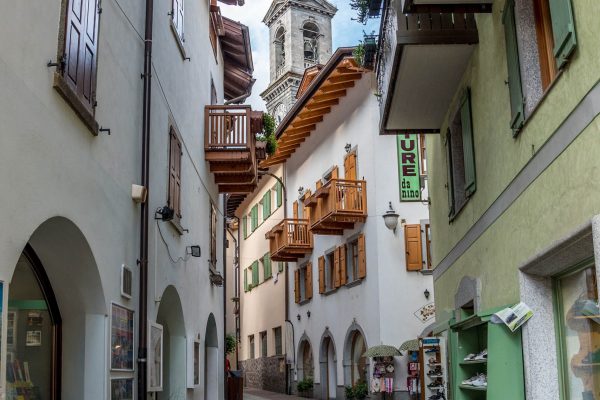 Madonna di Campiglio is considered as one of the top skiing destinations in Italy and is a very chic mountain style resort full of luxurious hotels, restaurants and shops. You can consider staying here if you wish to stay in the village as well. There are numerous cable cars and lifts to the nearby peaks with the most popular one being the Cinque Laghi, and take one of the hikes in the area. Otherwise, a coffee break in the heart of the village is what you will need after a day of exploration! 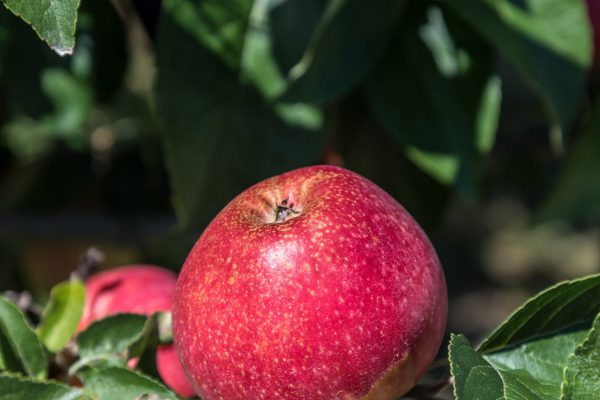 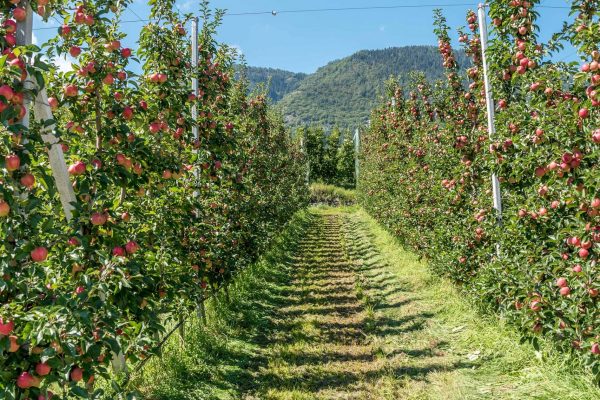 The most popular agricultural product in Trentino is the production of APPLES. You absolutely cannot miss them as you will surely be impressed by the variety and quantity of apples you will drive through in Val di Non and Val di Sole, mainly belonging to the huge companies Melinda and Marlene. Take your time to stop and admire these apple trees from a closer distance. You can even find them in the gardens of private residences and locals will be happy to show you around and explain about their produce. 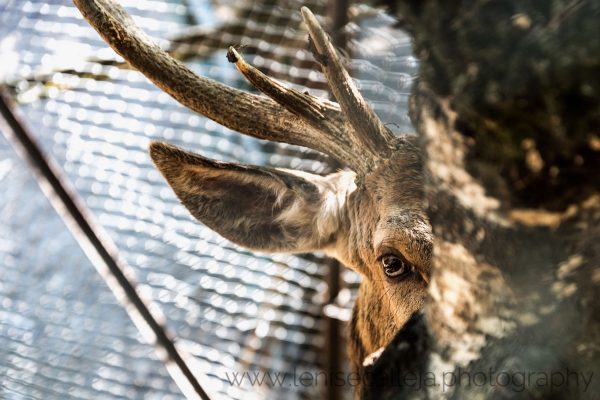 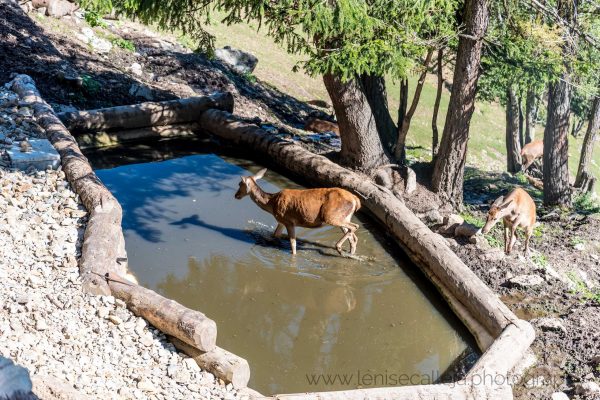 Although we travel to the mountains quite often and have seen some deer from afar, we have never been so lucky to get a close look at one of them. We all wanted (especially our daughter) to see a deer from close by, and as you may already know I am against all forms of animal showcasing in zoos and other unnatural environments. After lots of research we found this reserve where injured deer are taken care of and rehabilitated back into nature after their stay at the reserve. We were able to get close to these creatures and with the small entrance fee we helped funding this sanctuary.

Hike around the turquoise waters of Lago Tovel 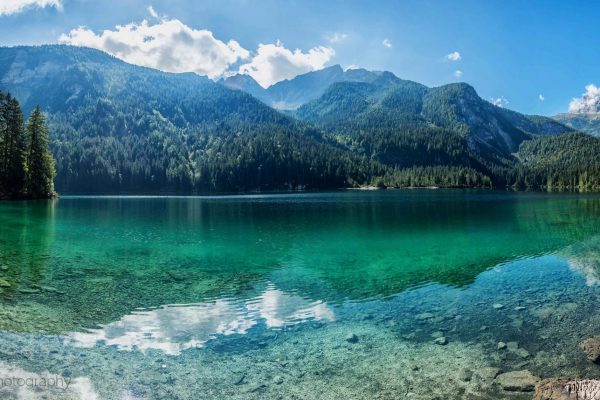 Lake Tovel is in my opinion the most beautiful lake in the area. Going around the lake and exploring the nearby waterfalls can take an entire day. Apart from the natural beauty and crystal clear waters of the lake, there is a curious side. Some parts of it turn red in summer due to a strong concentration of a particular alga and in fact you will see signs along the lake towards the ‘lago rosso’.

Beaching on the lake in Molveno 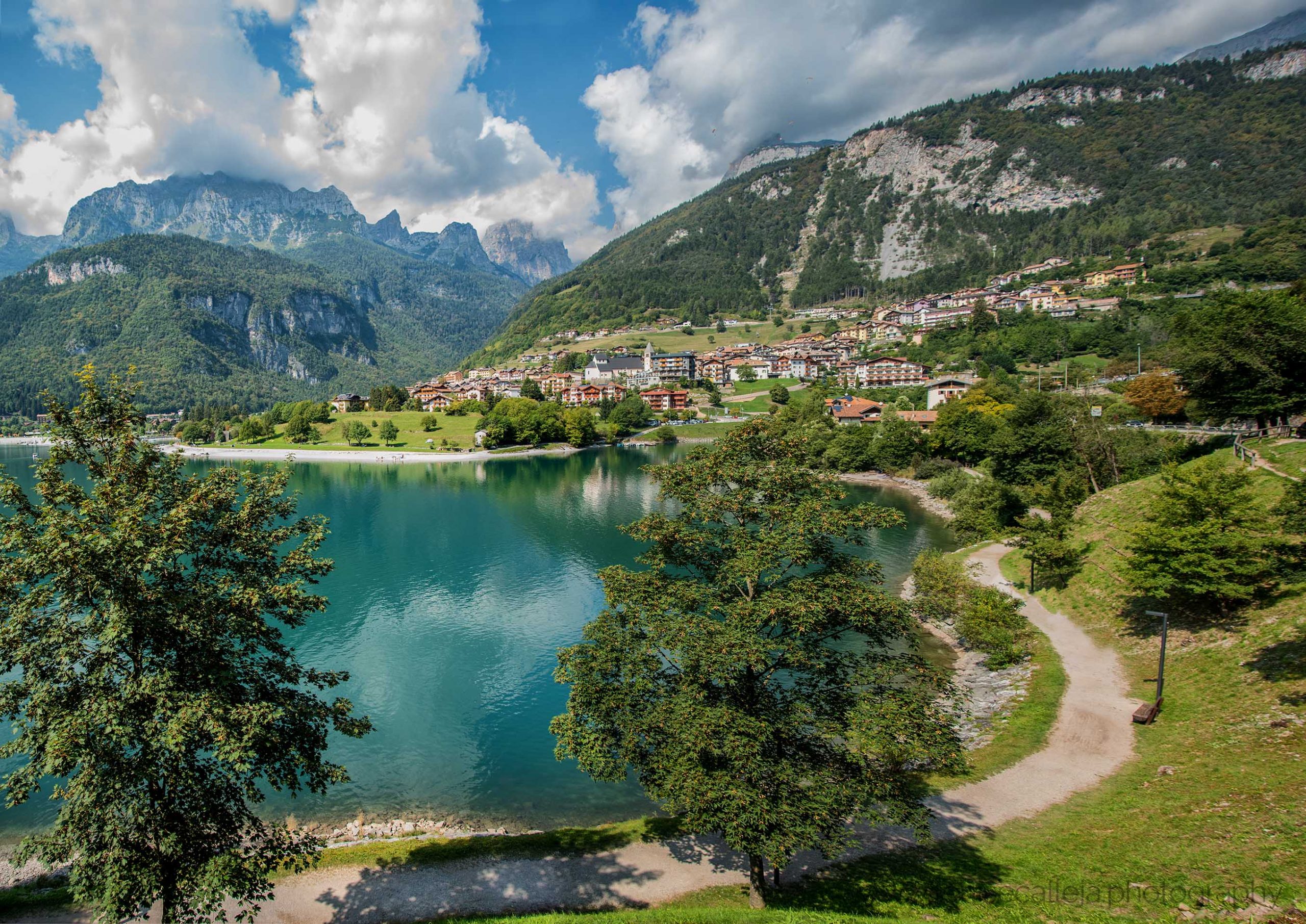 This is a swimmable lake where you can try to take a dip in the alpine waters. Obviously the waters are freezing but there are several other water-related activities going around in Molveno such as windsurfing, canyoning, sailing or fishing. You can also hire a row boat to explore the lake. If you decide to stay on the shore there are also several things you can do, especially if you are travelling with kids, such as the waterpark, the bike park, the pirate ship and several play areas scattered along the shores of the lake.

Watch sunset over the Brenta from a Malga 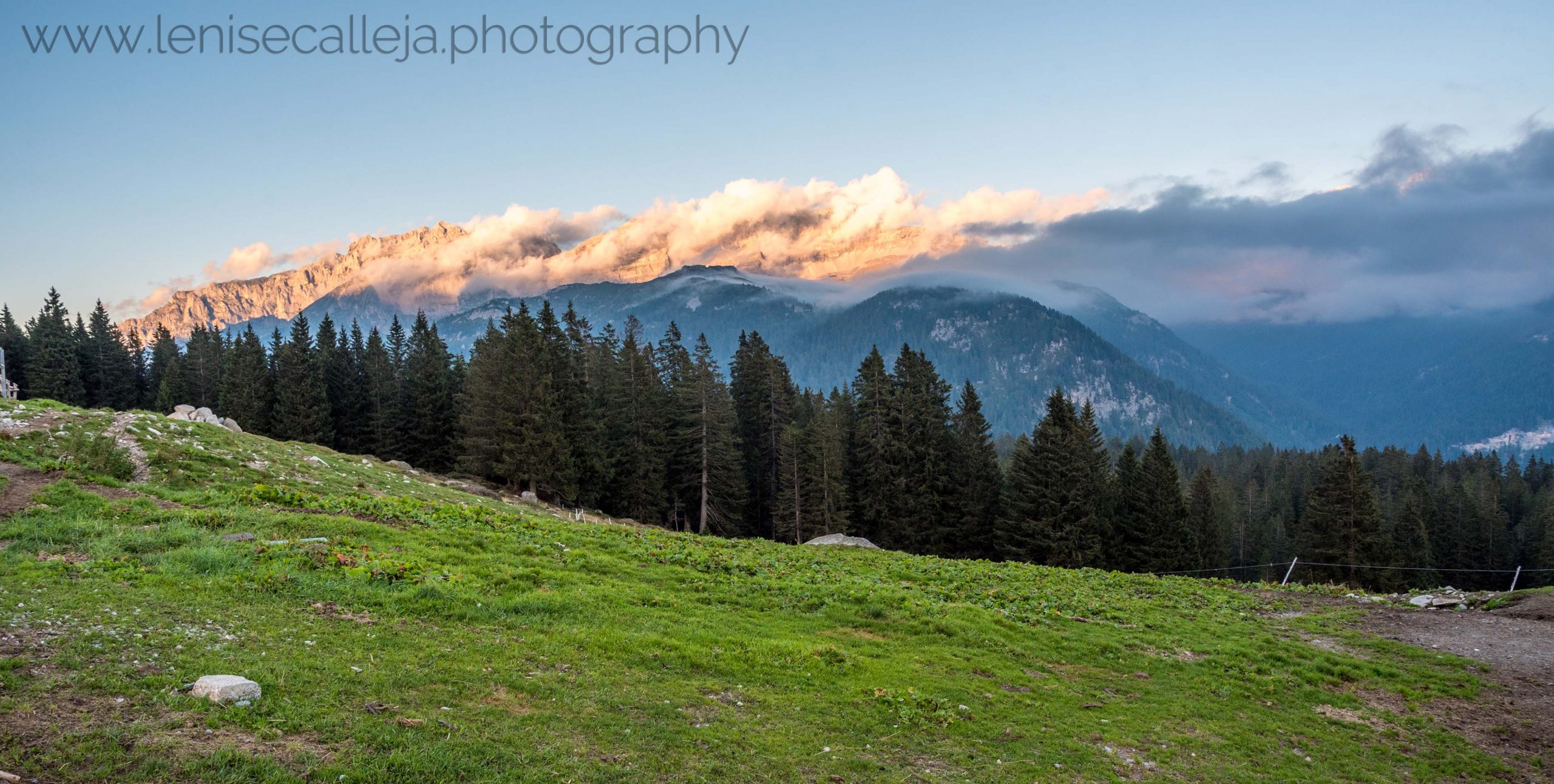 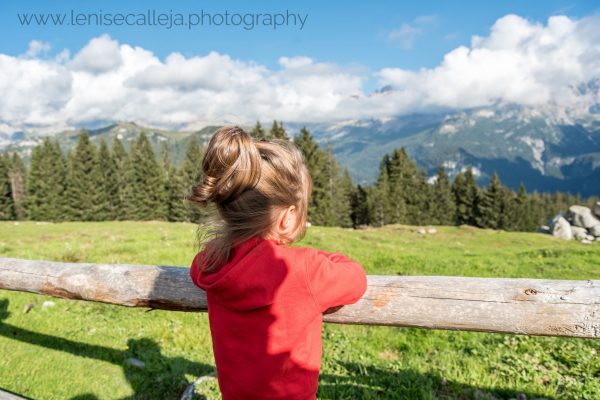 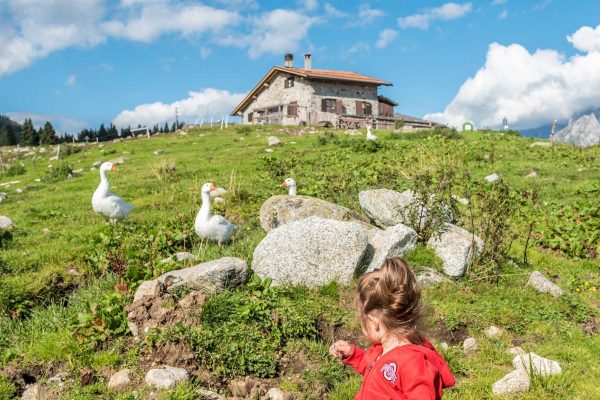 A malga is a farm, usually located at high elevation, which rears cattle, but usually also has other animals such as ducks, sheep, horses etc. There are several Malgas in Val Rendena area, but I particularly recommend spending an afternoon at Malga Ritorto, which is located 20 minutes away from Madonna di Campiglio. The road is in very good condition and reaching the Malga is very easy. You will surely have close encounters with their animals. Moreover you can also try out some delicious local products, as they also have a restaurant serving their own products.

Other things to do:

There are several other things to do in Val Rendena and in the Parco dell’Adamello Brenta if you decide to spend an entire week here such as: