Marmaris was the next stop of our road trip along the Turkish Riviera. If you haven’t been following, you may wish to check out my previous posts with all the information on this road trip; from Antalya, followed by a stop in the picturesque village of Kaş and then Fethiye.  Marmaris is quite a popular summer resort and also forms part of the Turkish Rivera, that is also known as the Turquoise Coast. Usually people visit Marmaris for its nightlife as it has a promenade full of bars and restaurants facing the beautiful beach. However we did not visit in summer and most of the places were closed. We are not into nightlife anyway and I think we wouldn’t have loved Marmaris as much as we did had it been busy like it usually is in the summer months. As we travelled from Fethiye to Marmaris there were some interesting spots you might wish to add to your itinerary if you are doing a road trip along the Turkish Riviera or if you are using Marmaris as your base.

Below is an overview of the complete itinerary of our road trip: 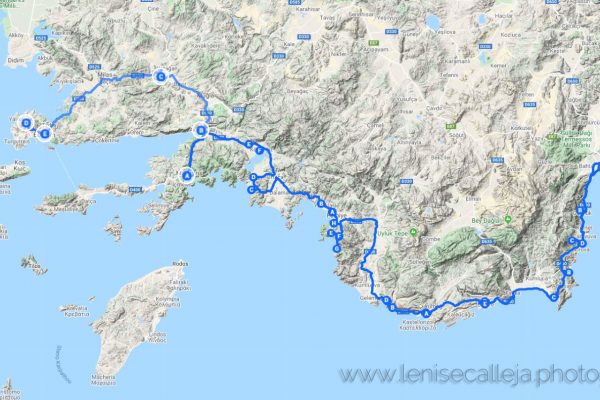 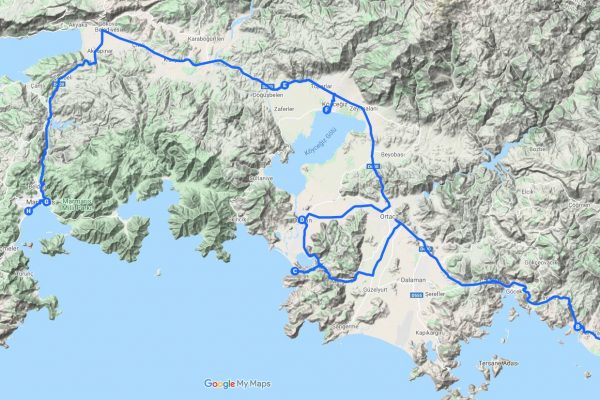 Once again I wish to thank the blog Slow Travel guide. This blog has information on both the main attractions as well as other less known places to visit along the Turkish Riviera.

Below are some things to do in and around Marmaris:

Take a boat ride in Dalyan 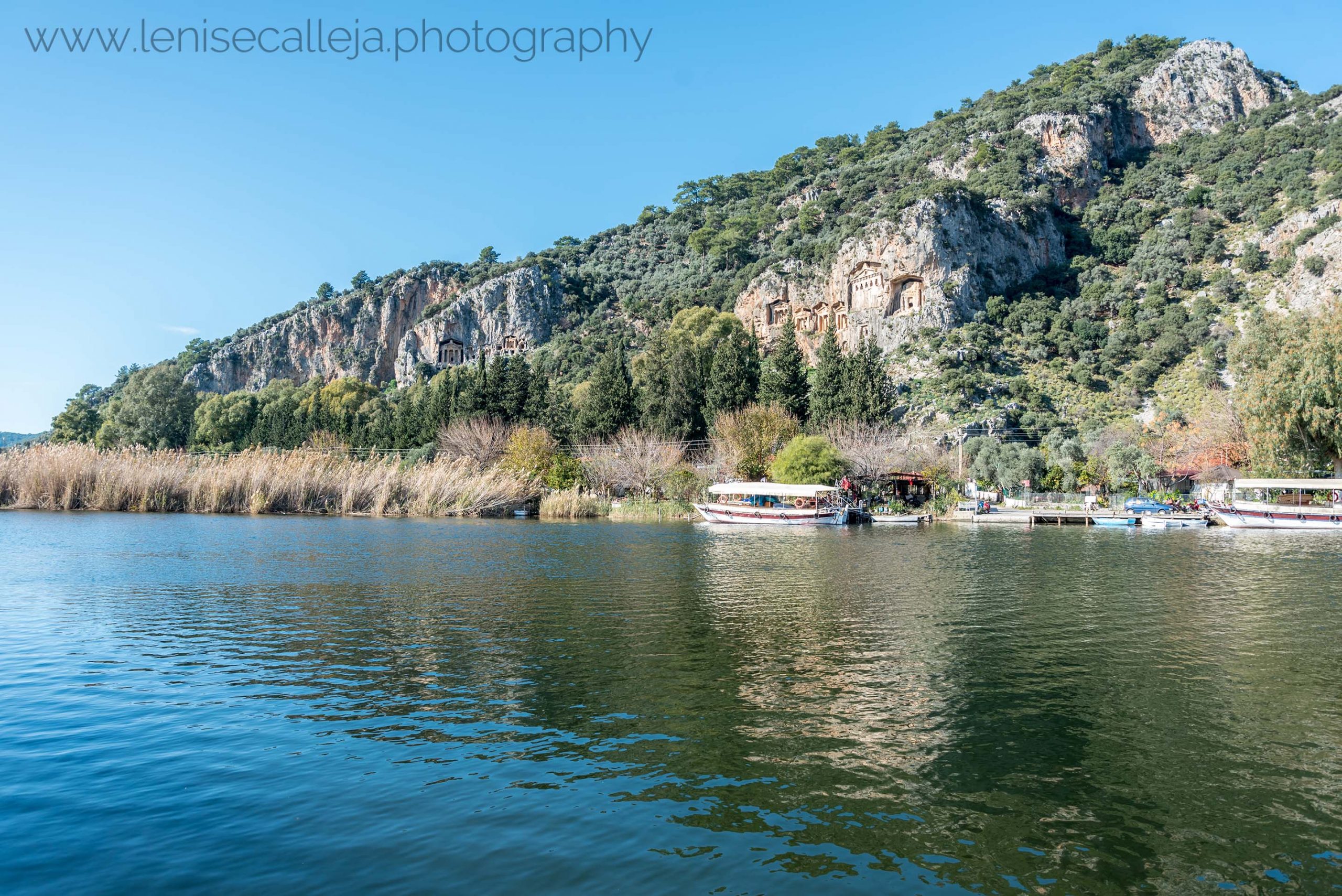 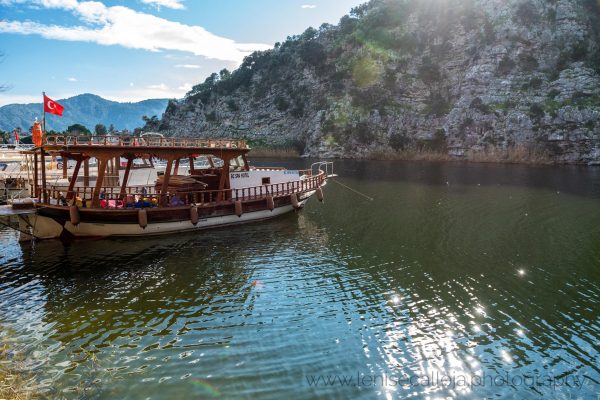 The small town of Dalyan is located along the Dalyan river and it involves a slight detour from the coast. One of the main attractions here is the ruins of the ancient city of Kaunos with Lycian rock tombs that are visible from across the river. The location of the tombs is quite impressive as they are located on a cliff and are quit difficult to reach.

One of the main things to do here is going on a boat trip along the river. If you decide to do so, please be careful on which boat to choose. This area is also home of the protected loggerhead turtle that is also endangered due to boat propellers. Look out for boats that have the turtle friendly sign and do not jump on the first boat that you find. The turtle friendly boats put a guard around their propeller so that they don’t hurt the turtles so watch out! A boat ride will take you to the famous Iztuzu beach, where there is the turtle conservation centre. This sandy beach is 4km long and you may even enjoy a swim here. The stretch of sand is the natural barrier between the fresh water of the Dalyan river and the Mediterranean sea.

You can spend an entire day in Dalyan as there are also the mud baths here. There are several spas and wellness centres in fact, that offer activities like swimming in sulfur pools and treatments with mud.

Slow down at Köyceğiz Lake 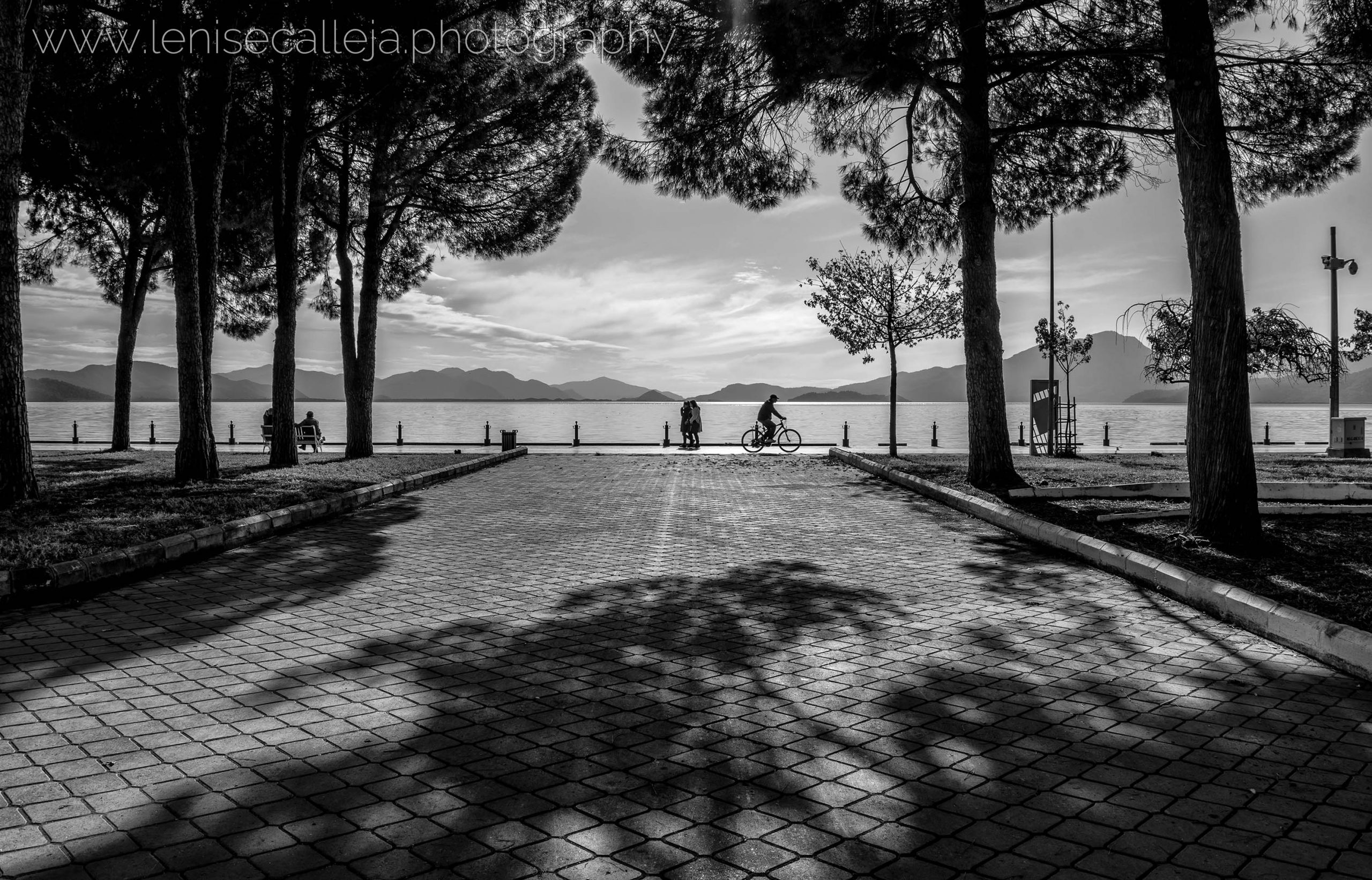 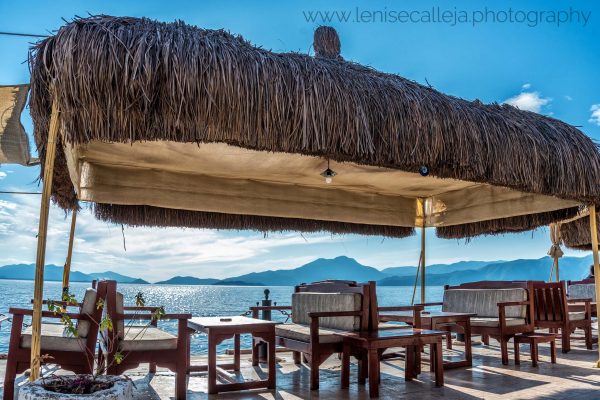 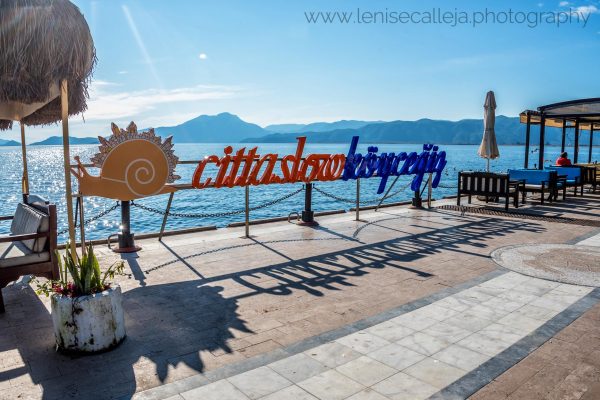 Köyceğiz was one of those spots which made it to my favourites list during this trip. Why? It lives up to its name of slow city! There are no fancy or extravagant things to do, but a walk along this lake was so peaceful! Spending some time here is sure to calm you down and forget about your worries. The town of Köyceğiz lies north of the lake which has the same name and is connected to the Dalyan river. I am not sure whether this place is very touristic, since we visited during low season and in most of the places we visited, we were the only tourists around. There aren’t a lot of things to do here as in Dalyan or Marmaris, however if you wish to relax and just take a tranquil walk with nice views, this is the place to be! Moreover there are a couple of nice places along the promenade where you can take a drink or have something to eat as well and if you are travelling with kids (like us), there is a nice playground as well.

Get lost in the historical centre of Marmaris 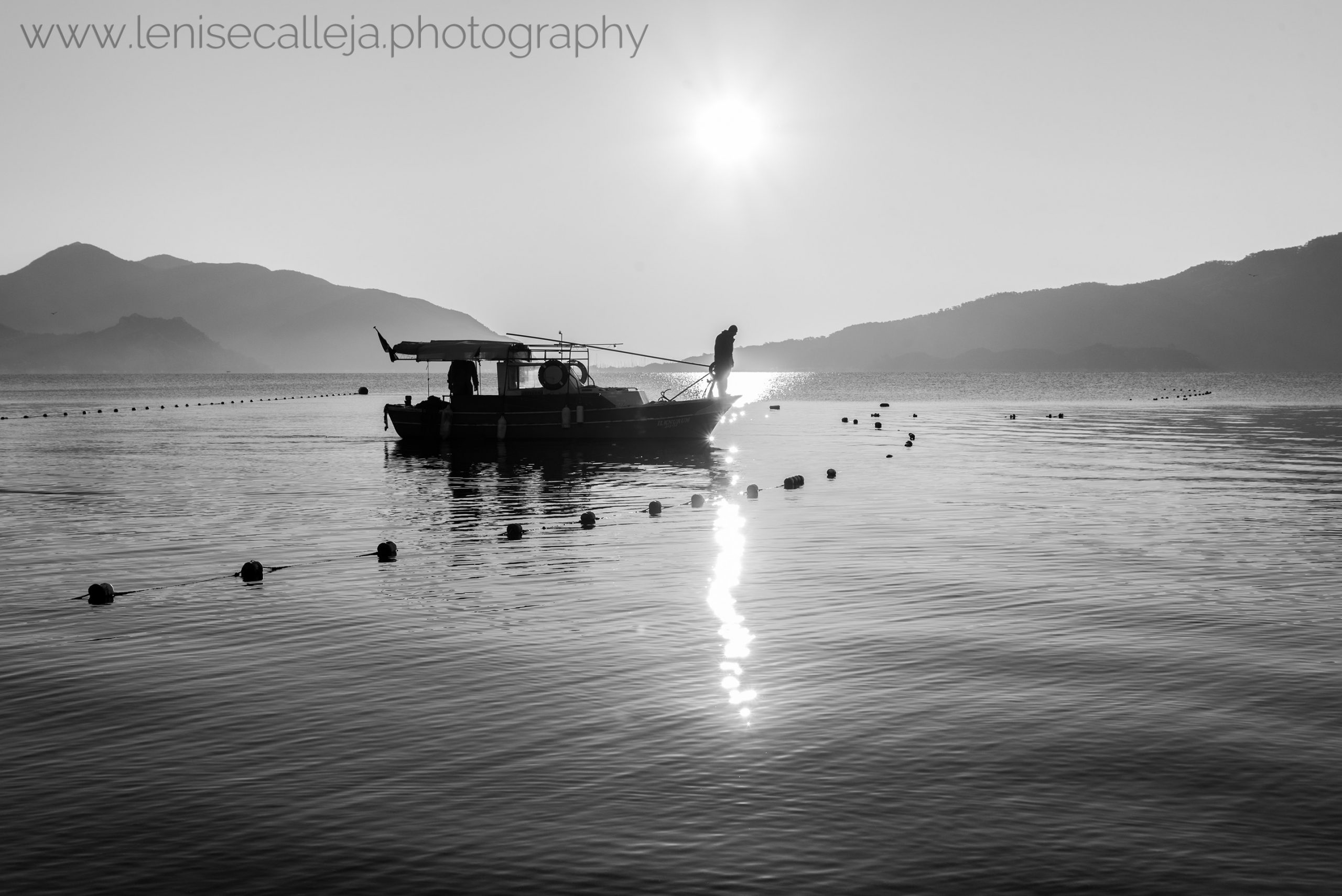 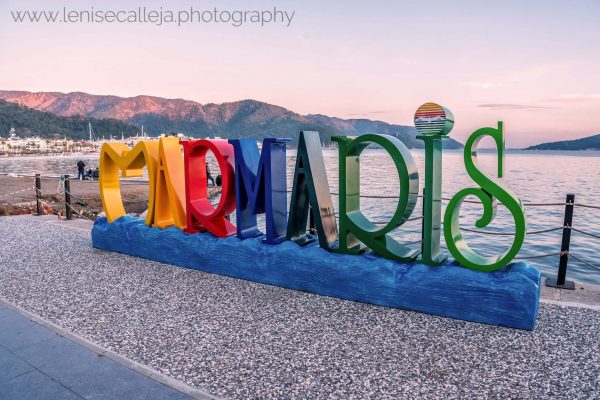 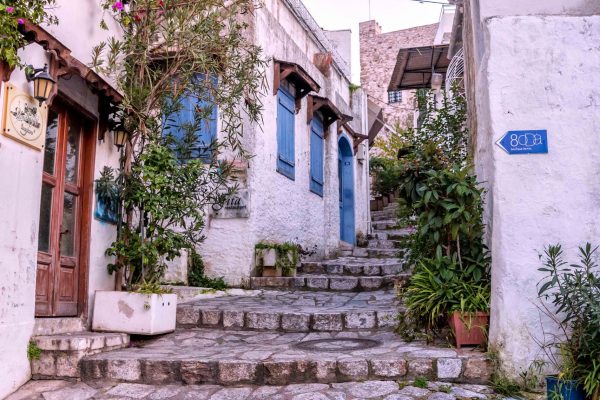 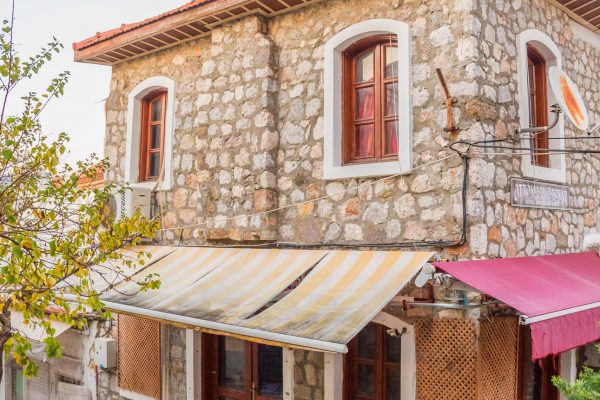 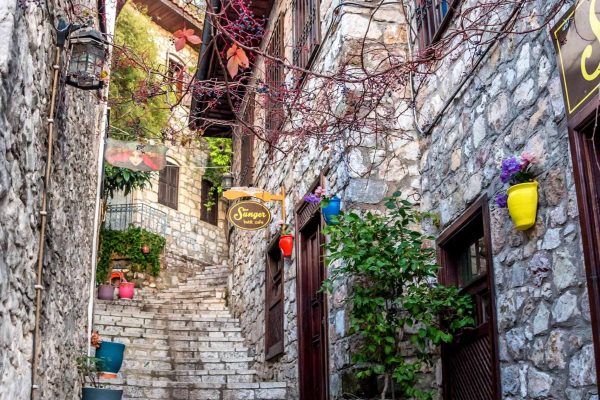 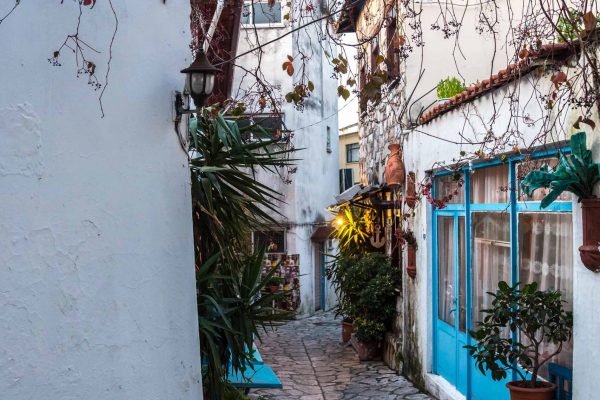 Once again we reached Marmaris in the late afternoon and as soon as we checked in at our accommodation, we immediately went out again exploring the area. We walked along the beautiful promenade as we watched the sunset. This promenade is full of bars and restaurants, however we visited in January and most of them were closed. Some of the hotels facing the beach were doing renovations as well and when speaking with locals we learned that the best time to visit the area if you wish to enjoy the beaches are shoulder seasons – April until mid June or September until mid October. Apparently in the busy summer months July/August the area is full of British and Russian tourists. However, to be honest we are not that much big fans of beach holidays (especially when they are similar to the beaches we have at home in Malta), so January for us was just right, even though we will surely return to the area during a different season.

In Marmaris there are plenty of things to do. Apart from laying on the beach or do bar hopping along the promenade, make sure to get to its historical centre. The old town is the heart of Marmaris, and the stairs leading to its castle are so picturesque! It is what remains of the old fishing village, that once was Marmaris! If you visit in Spring or Summer, the narrow roads and stairs will be covered in blooming bougainvilleas. There are also some small hotels and bars/restaurants here, however it is quite impractical to stay here if you have a car. Near the old town, you can also do some shopping in large stores of local brands like LC Waikiki and De Facto. There are more beach related activities if you plan on visiting in summer; as Marmaris is a famous base with divers. There are several day cruises that depart from here to visit the coast and some nearby islands. Actually you can spend an entire week here and do several day trips to the peninsula where it is located.

In the next post I will speak about the last lag of our road trip as we reached the famous resort town of Bodrum.